After a long day walking the city of Vienna, we made a stop to visit one of the most important religious building, the St. Stephen's Cathedral, the mother church of the Roman Catholic Archdiocese, the place was really crowded however I was able to capture several interior photos. I wanted to use a tripod to perfectly frame the ceiling but it was impossible due to many people walking around so I took this shot hand-held. 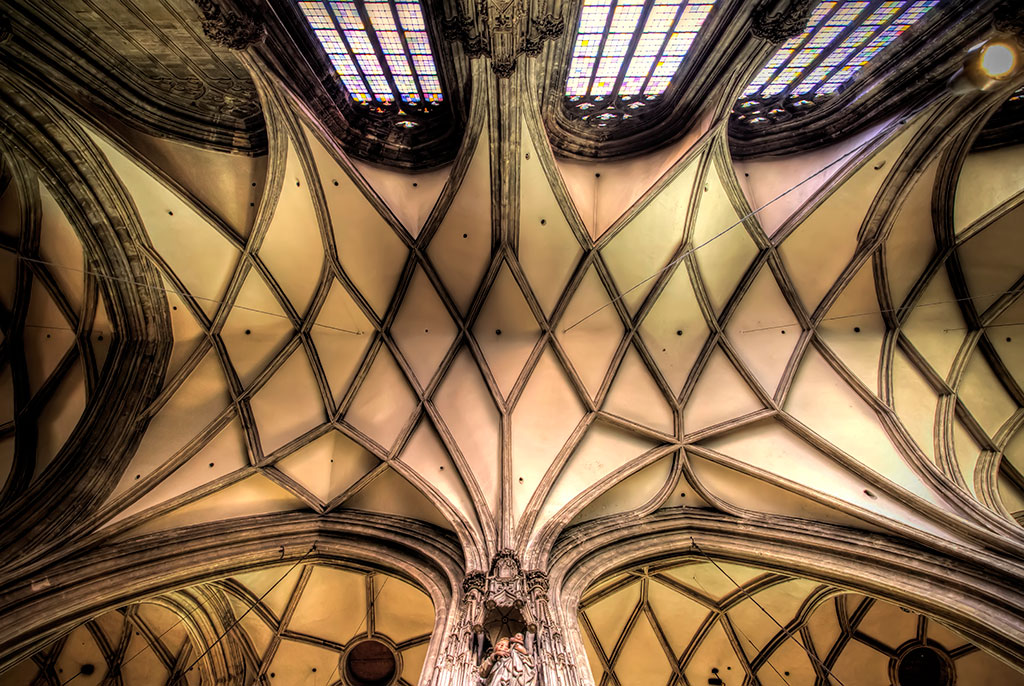 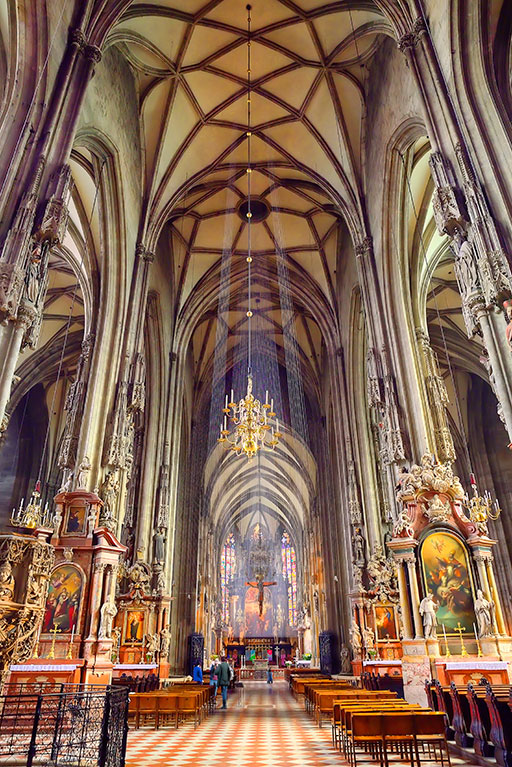